Amanda and Gene's hilarious and emotional filled wedding at the Pine Trace Golf Club in Troy and Rochester, Michigan. Just before their first look, Gene said he wanted to play a prank on his bride. So he had his cosign pop out from behind the door at their meeting spot instead of the groom! Then we did the real first look which was adorable. With threatening stormy weather, we headed to the Troy Christian Chapel, a church in Troy for their wedding ceremony then off to the truly story golf course called Pine Trace Golf Club in Troy and Rochester for their wedding reception. Amanda and Gene played a LOT with their wedding party which was mainly made up of family members. I love that you can see how much fun EVERYONE was having on their wedding day. 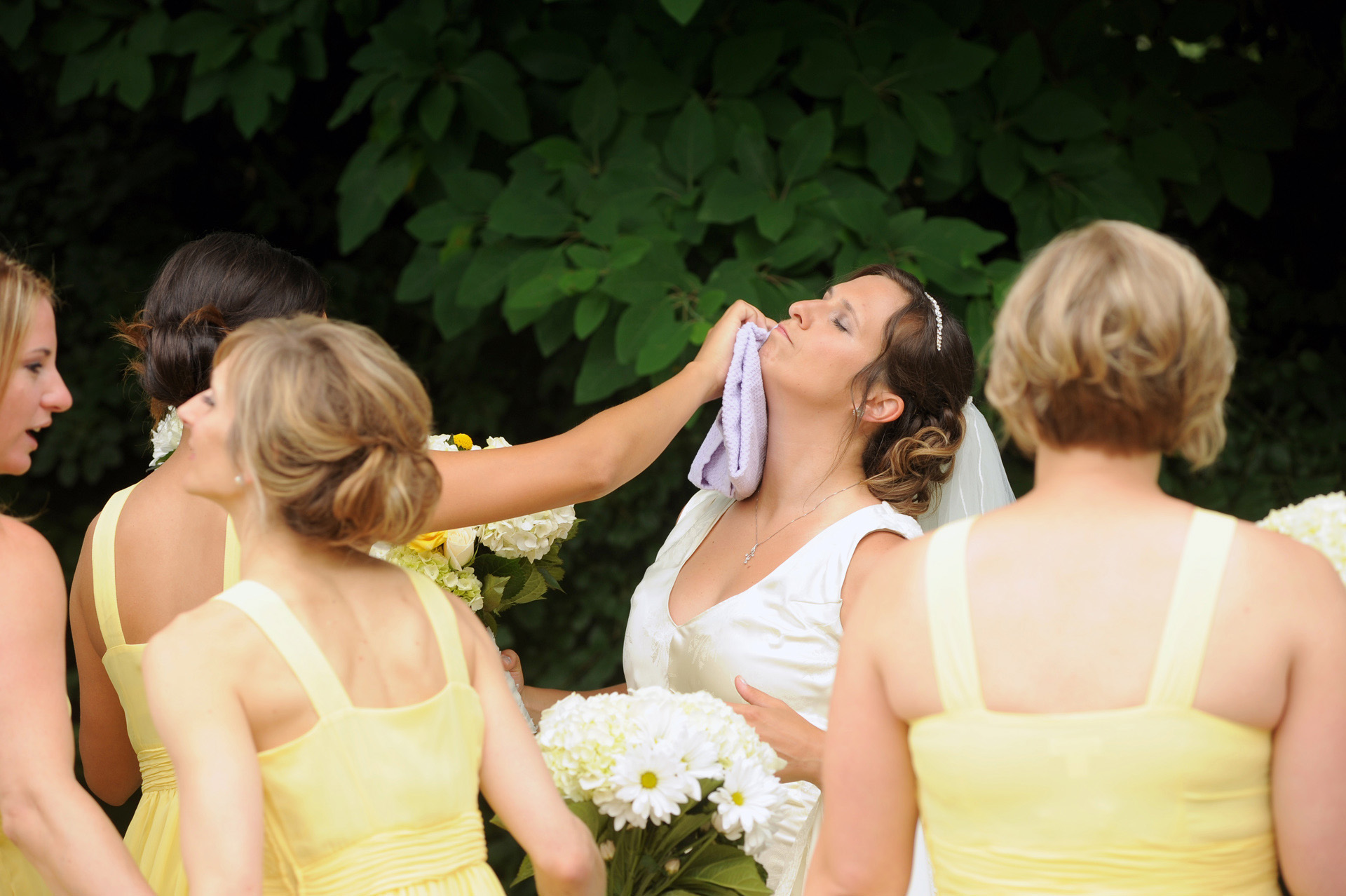 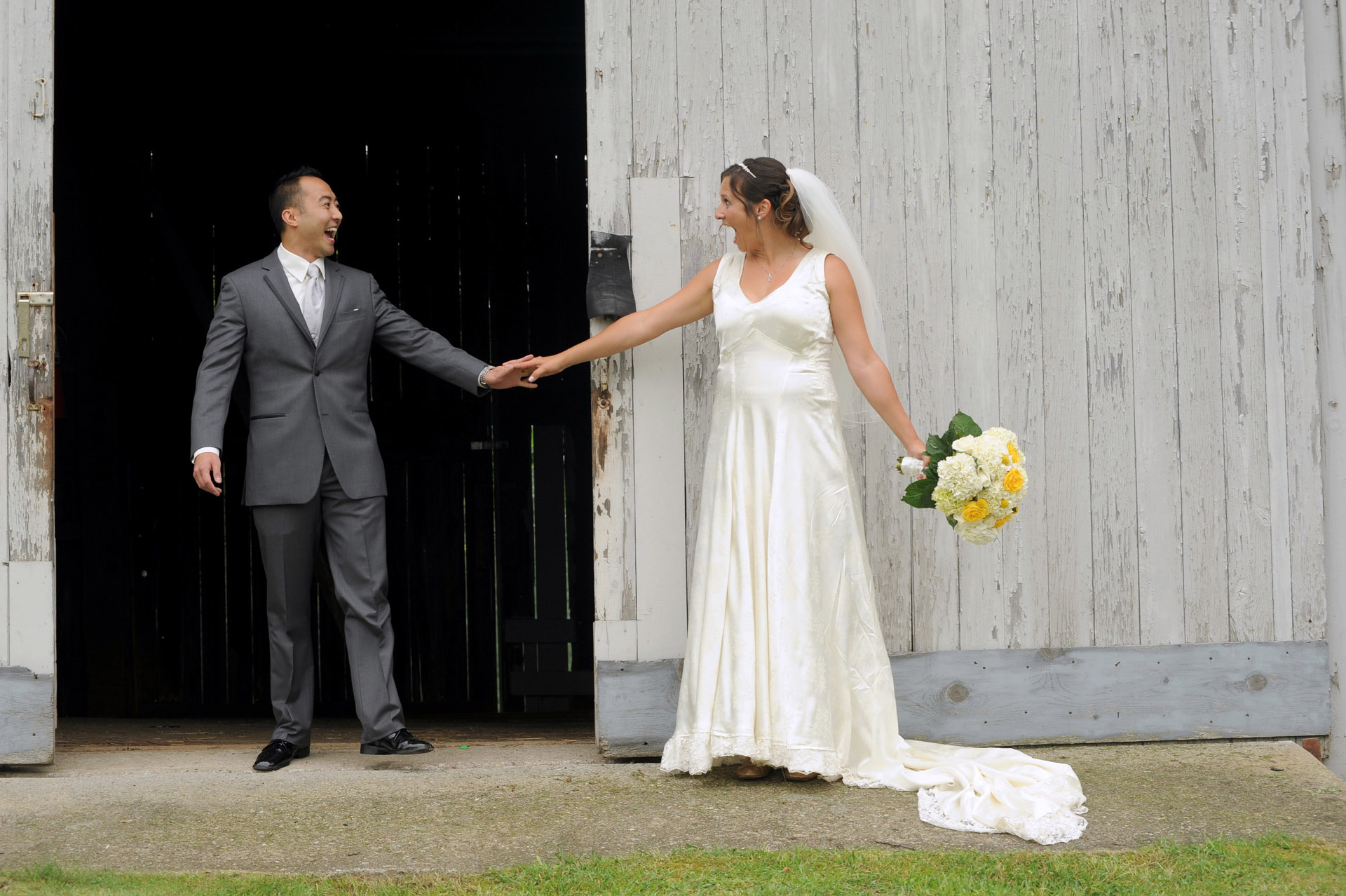 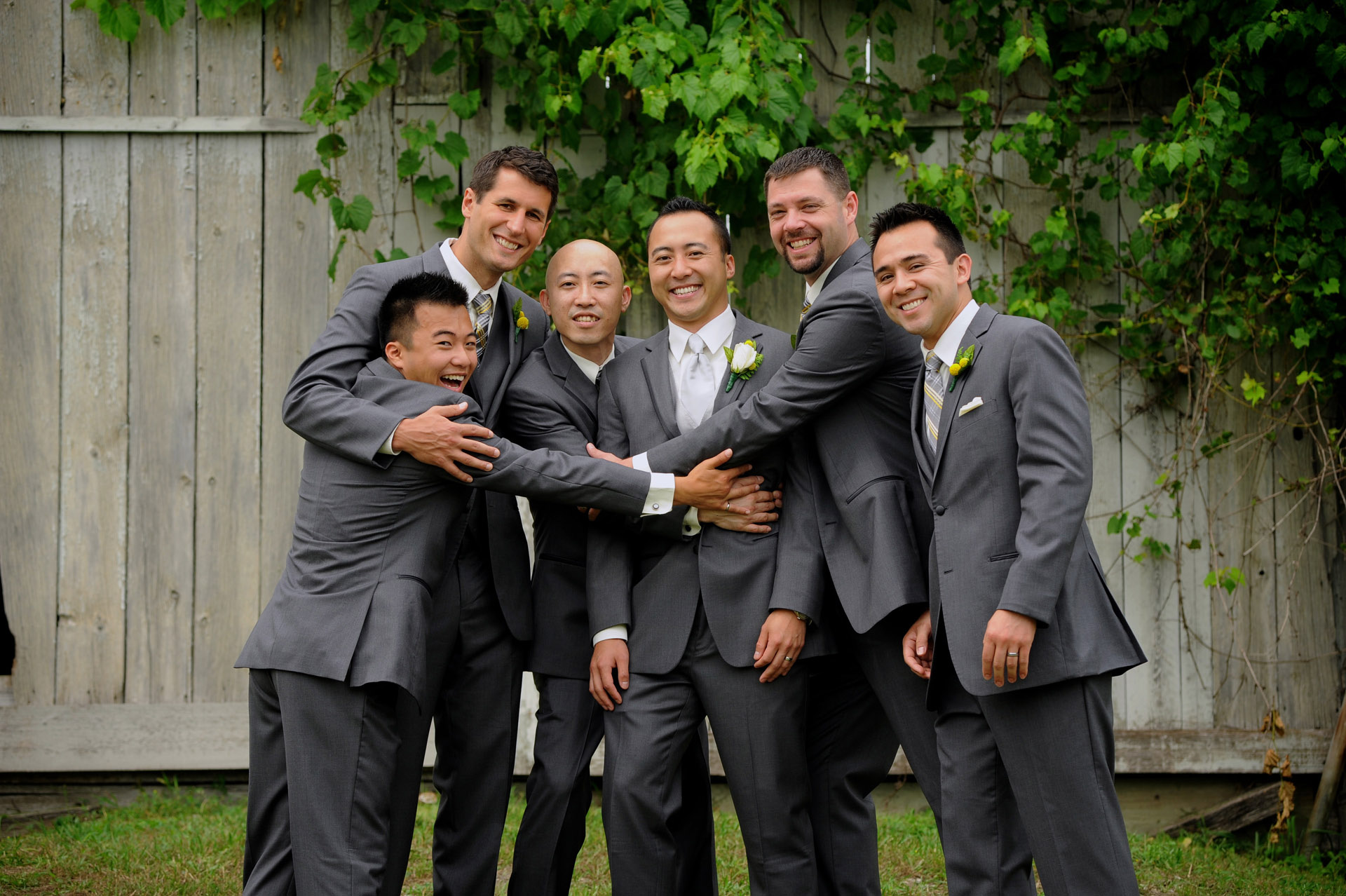 I've photographed several weddings and wedding receptions at the nearby Pine Trace Golf Club before. This one stood out for me visually for a couple of reasons. First of all, Amanda the bride is wearing a very slightly altered version of her mother AND grandmother's wedding dress! How cool is that! There was also such a feeling of family and togetherness that doesn't always happen at a wedding, let alone between two families. I have more group photos here because they really did spend a lot of time together as a groupÉ far more so than most people in weddings usually do. You'll see a series of three photographs shot several seconds apart. I love to get shots in sequence because you can see the groomsmen and their goofiness and Gene's reaction to all of them and their attention. I think this really is them! Bridesmaids photos tend to be pretty staid and normal, but the men tend to do their own thing, which as a photojournalist, I LOVE!

The combination of Gene's Chinese culture and Amanda's let loose family also made for fun and interesting photos. It rained, well poured, during the wedding reception at the Pine Trace Golf Club, but the large white tent kept everyone dry and the guests were so busy dancing, it didn't seem to matter at all! They also had an artist come and paint the set up in the tent. It was fun checking back in with the artist to see how her painting was coming along throughout the night. Enjoy these emotion filled, fun family wedding photos from one of my favorite locations to photograph weddings; the Pine Trace Golf Club.